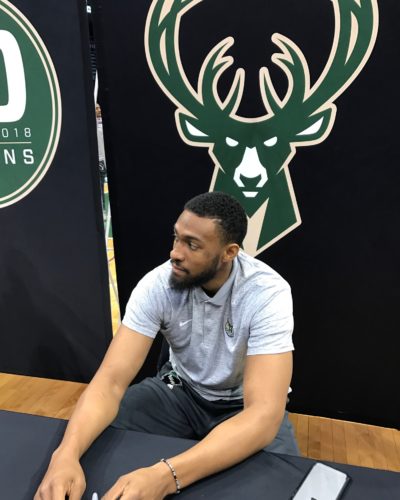 Maybe the Milwaukee Bucks will somehow defy the odds and dig themselves out of the Grand Canyon size hole they’ve dug themselves in their first-round playoff series against the Boston Celtics.

Don’t bet on it, though.

History conclusively shows the team that wins the first two games of a best-of-seven series – as the Celtics have done –goes on and wins the series 94 percent of the time.

Why the Bucks, who are clearly a more talented and experienced team than the Celtics, are in such a quandary isn’t hard to figure out. You can start with the disappointing play of veteran point guard Eric Bledsoe, who has been thoroughly outplayed by Terry Rozier. Normally the Cs’ third-string point guard, Rozier probably would had played minimal minutes in the playoffs if All-Star Kyrie Irving and talented backup Marcus Smart hadn’t gotten hurt.

Before the Bucks-Celtics’ series commenced, a longtime NBA advance scout told me, emphatically, that Bledsoe would dominate this matchup. After two games, it has been Rozier who has done the dominating. To wit:

Unless Bledsoe heats up and Rozier cools off, the Bucks could be going on vacation late Sunday afternoon, swept out of the playoffs by Celtics.

Yet, despite his subpar play, Bucks coach Joe Prunty has stuck with Bledsoe. He has played him an average of 33.5 minutes in the first two games. Prunty hasn’t shown such patience with Parker.

In Game 1, Parker played a paltry 15 minutes. In Game 2, Prunty reduced Parker’s playing time to 10 minutes. In both games, Parker was never given an opportunity to get into any rhythm and he predictably struggled.

Asked why Parker’s role had been diminished in the playoffs, Prunty responded in vague terms, intimating Parker wasn’t ready to play and that his defense wasn’t acceptable. As for the former reason, that is definitely debatable. Parker is making his first playoff appearance after amazingly bouncing back from two ACL surgeries. If anything, he was too psyched up. An emotional person who takes his craft seriously, it was amply apparent the 23-year-old Parker was pressing, trying too hard to make an impact.

As for Parker’s alleged lousy defense, it wasn’t any worse than most of his teammates’. Did Prunty penalize Bledsoe for his often-times deporable defense, like when he made no attempt at all to defend Rozier on his clutch 3-pointer with a half second left in regulation of Game 1?

Did Prunty penalize Middleton for his suspect defense on Jaylen Brown, who is averaging a team-high 25 points – nearly 11 points more than his regular-season average — while shooting 51 percent from the field and 41 percent on 3s?

And did Prunty penalize Giannis Antetokounmpo who, by his own admission, conceded he didn’t do a very good job guarding Al Horford who repeatedly overpowered the Greek Freak around the basket and delivered timely baskets in both games?

If anything, you would have expected Prunty to reward Parker and play him major minutes in the playoffs. Parker, after all, was on a roll. In his last six regular-season games, he was a force at both ends of the floor, averaging 19 points and nine rebounds.

In that same stretch, Parker never played fewer than 25 minutes a game. He played 38 against the Knicks in the third to last game of the regular season and 39 minutes against Denver, when he scored 35 points.

And now he can barely get off the bench?

If I’m Wes Edens, one of the Bucks’ majority owners who is in charge of the team’s basketball operations, I make it abundantly clear to Prunty that Parker spends more time on the court than on the bench in Game 3 on Friday night at the Bradley Center and whatever playoff game the Bucks play the rest of the way.

It goes without saying the Bucks need to knock off the shenanigans … or this series will be over far sooner than it should be.