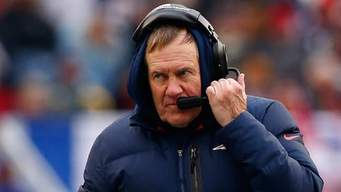 By JERRY TAPP
We’re all familiar with the paradox, “Which came first … the chicken or the egg?” Well, let me offer another less familiar paradox from the world of sports:

Contrast that with the two teams with the fewest wins since 2000, Cleveland and Detroit. The Browns have had nine coaches since 2000; the Lions have had seven.

So which did come first? A good coach that develops a good team? Or, a good team that keeps a head coach employed because of their success? I’ll let you noodle on that for a time.

In the meantime, here’s a look at the number of head coaches each of the 32 NFL teams have had since 2000. Their victories since 2000 are noted in parenthesis.

Six teams have already made decisions to get rid of their head coach from 2017 and will have new men patrolling the sidelines next season: Arizona, Chicago, Detroit, Indianapolis, New York Giants and Oakland.