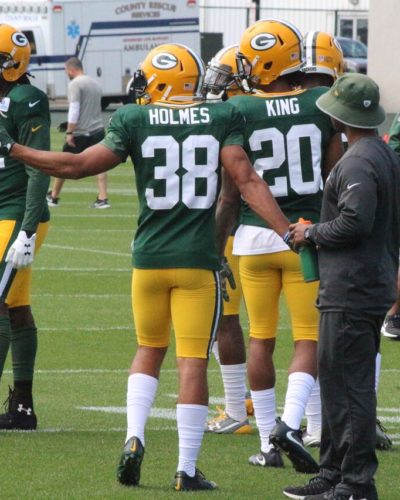 A marquee matchup in Week 1, the Green Bay Packers host the Seattle Seahawks at Lambeau Field in what could be a preview of a potential NFC Championship Game matchup later in the season.

The Packers are the best team in the NFC after they improved their defense and added even more weapons for Aaron Rodgers in the offseason.

As Mike McCarthy enters his 12th season at the helm of the Packers, this year’s squad is arguably his best. The Seahawks haven’t won at Lambeau since 1999, and don’t expect that to change this season.

Previous: Tapp-ing into the Numbers: 40 Packers Stats Until Opening Kickoff September 9, 2017 (No. 1)
Next: Packers primed for trip to Minneapolis in February