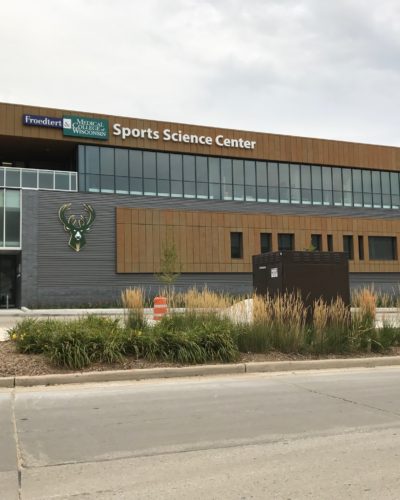 The Bucks’ new practice facility, which is just across the street from their new arena in downtown Milwaukee.