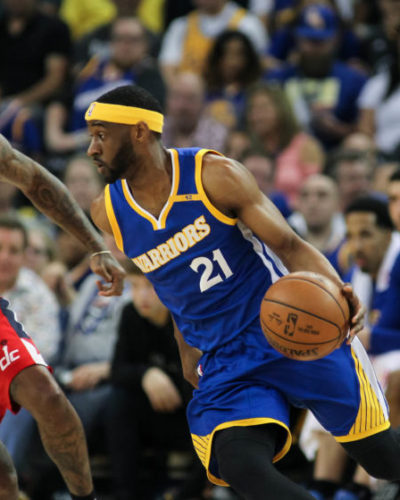 LAS VEGAS — It seems like the Milwaukee Bucks’ search for a consistently good perimeter shooter has gone on for eons.

Can you say Greivis Vasquez?

Can you say Rashad Vaughn?

Can you say Mirza Teletovic?

Can you can you say Matthew Dellavedova?

Well, the Bucks are still hoping to fill that gaping hole this summer. After striking out in the draft – they would have gladly taken Duke sharpshooter Luke Kennard if Detroit hadn’t nabbed him with the 12th overall pick – there’s a chance the Bucks could still add a legitimate 3-point shooter via free agency.

Several sources said the Bucks have expressed interest in Ian Clark, who played a key role off the bench for the reigning champion Golden State Warriors the last two seasons. The interest is apparently mutual.

Clark, a 6-foot-3 combo guard who is an unrestricted free agent, is arguably the best remaining free-agent long-range shooter. He shot 36 percent on 3s during the 2015-16 season with Golden State and raised that percentage last season to .374 while averaging 6.8 points in 14.8 minutes a game.

“He’s better than anyone the Bucks got now,’’ an NBA scout said of Clark’s perimeter shooting skills.

Added another advanced scout: “He’s not bad at all. I like him. He can shoot it, no question about that.’’

Said yet another scout: “I like him as a shooter, but the question is where do you play him? He’s a tweener. He’s not a true point guard and he’s not a true shooting guard.

“But he could help a team like Milwaukee because they need shooters.’’

The Warriors have been pleased with Clark but don’t need his services anymore as they recently were able to upgrade their already stellar backcourt by signing veteran free-agent Nick Young.

The scuttlebutt is Clark, who made $1 million last season, is seeking a contract for approximately $8 million.

Previous: It’s time for Brewers’ Hader to take the next step
Next: Broghamer makes quick impression