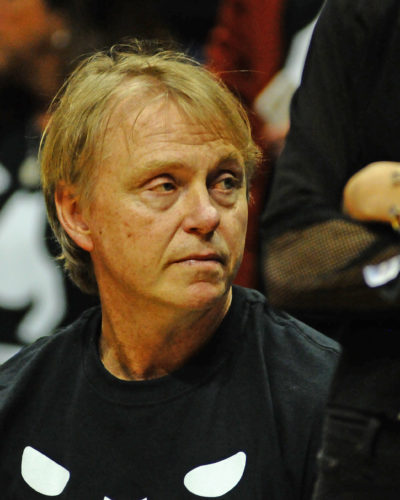 Ever since Jason Kidd was hired as head coach of the Milwaukee Bucks three summers ago, there has been ample speculation he would eventually move into an upper-management role.

That may yet occur, but it’s highly unlikely it’ll be soon. According to sources, Kidd is not under consideration to become the Bucks’ new general manager or be given the title of president of basketball operations.

The Bucks have been without a general manager for 10 days after John Hammond accepted a similar role with the Orlando Magic. Hammond had been the Bucks’ GM for nine years, with the Bucks posting a 315-423 record in that span and having only two winning seasons: in 2009-2010 when they went 46-36 and last season when they went 42-40.

The prevailing feeling among NBA officials was that Bucks assistant GM Justin Zanik would be promoted once Hammond left the organization. But the Bucks tri-majority owners – Wes Edens, Jamie Dinan and Marc Lasry – surprisingly decided to conduct an extensive search for Hammond’s replacement and enlisted the services of Turnkey Sports and Entertainment. The New Jersey-based search firm recently helped the Atlanta Hawks select Travis Schlenk as their new general manager and head of basketball operations.

Four NBA officials who are reportedly being considered for the vacant GM job are Peter Dinwiddie, the vice president of basketball operations for the Indiana Pacers, Denver assistant GM Arturas Karnisovas, Wes Wilcox, the former Atlanta Hawks GM who is now an advisor for the team, and Memphis vice president of player personnel Ed Stefanski.

However, a source familiar with the search said there are at least five other individuals being considered by the Bucks, although he wouldn’t divulge their names. The same source said approximately three dozen NBA officials had expressed interest in the position.

Stefanski, in the eyes of several NBA officials who were contacted on Wednesday, is the leading candidate. Stefanski and Bucks consultant Rod Thorn, who is spearheading the Bucks’ part in the search with Edens, are longtime friends. They also held front office posts with the New Jersey Nets and Philadelphia 76ers.

This is the second time Stefanski’s name has been linked to the Bucks in the last year. He was also rumored to be a candidate for the Bucks’ assistant GM job last summer before Zanik was lured away from Utah.

While Kidd isn’t being considered for a front office job now, sources said he will nevertheless meet with the GM finalists to make sure they have a good working relationship. Kidd still has two years remaining on his contract.

With the NBA draft just three weeks away – June 22, to be precise – and free agency starting on July 1, one might assume the Bucks owners would be in a hurry to find a new GM. But a Bucks official said there isn’t a timetable to select a GM.

Zanik, who is still being considered for the GM job, has been overseeing the Bucks’ day-to-day basketball operations and is heavily involved in draft preparations.

Whether Zanik is promoted to GM, it won’t ..affect his salary. According to multiple league sources, Zanik has a unique clause in his contract that stipulates his pay is equal to that of the new GM.

Whomever becomes the Bucks’ GM will certainly have his hands full. He’ll have to deal with Greg Monroe’s unsettled free-agency situation (the veteran center can opt out of his contract by June 21) and then the June 22nd draft, where the Bucks have the 17th and 48th picks.

In addition to the free agency period in July, the new GM will be responsible for assembling a summer league team in Las Vegas.

Previous: MLB PICTURE
Next: Tapp-ing into the Numbers: Being in 1st on June 1st matters