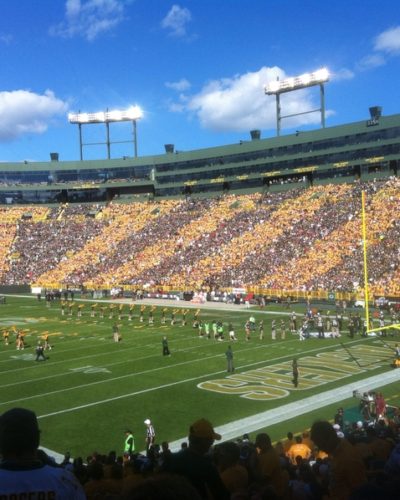 So, even though the Packers will play their arch-rival Bears in frigid cold today in the Windy City, don’t expect McCarthy & Co. to deviate from their passing script.

Especially when the Bears’ secondary is, charitably, bad. The Bears’ cornerbacks are Bryce Callahan and Tracy Porter; their safeties are Harold Jones-Quartey and Adrian Amos. Raise your hand if you’ve ever heard of them.

The Packers, on the other hand, have a talented and veteran-laden wide receiving crew. And, they have Aaron Rodgers, who should stay smokin’ hot in the chilly climes today. Rodgers, for those keeping track at home, has thrown 10 touchdown passes in the last four games. And no interceptions, either.

The playoff-hopeful Packers obviously have a lot at stake today; the bumbling Bears, who have the fourth-worst record in the NFL at 3-10, don’t.