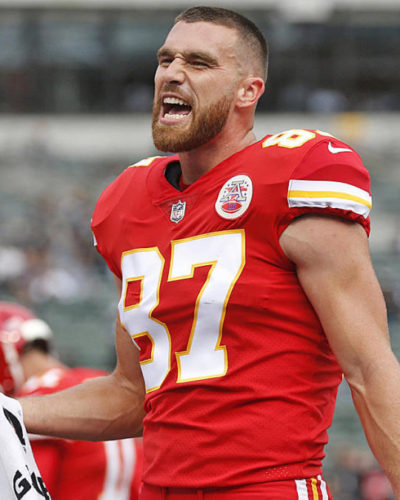 So what is the principal reason the San Francisco 49ers and Kansas City Chiefs are playing in today’s Super Bowl and the Green Bay Packers aren’t?

The answer to that question is undoubtedly wide-ranging, but to me it is this: The 49ers and Chiefs have exceptional tight ends and the Packers don’t.

The 49ers’ tight end is George Kittle and he’s a beast. He caught 85 passes during the regular season for 1,083 yards and five touchdowns.

The Chiefs’ tight end is Travis Kelce and he’s a beast, too. Statistically, he fashioned an even better regular season than Kittle. Kelce caught an insane 97 passes for 1,229 yards and five touchdowns.

When you have big-time tight ends like Kelce and Kittle, it makes the rest of your offense so much better. Safeties and linebackers have to be pay extra attention to them, especially in the red zone.

Do the math and Messers. Graham, Lewis and Tonyan collectively caught 63 passes. That’s 22 fewer than Kittle and 34 fewer than Kelce.

Perhaps Jace Sternberger, who experienced an injury-plagued season, will bolster the Packers’ woeful tight end cast next season; the rookie flashed some signs of being a solid contributor with three catches in the playoffs.

But Sternberger has a long way to go before being a difference-maker like Kelce or Kittle, who played integral roles in getting their respective teams to the Super Bowl and whose play today could determine the outcome.

The gut feeling here is Kelce will be a matchup nightmare for the 49ers’ secondary and have a monster game as the Chiefs capture their first Super Bowl victory in 50 years.

Previous: Zielinski: 49ers’ defense will keep Chiefs’ offense in check
Next: A Bucks’ victory over Pelicans may have special significance