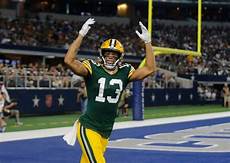 Home » Guest Post » Tapp: Packers have to do a number of things to beat 49ers

The Packers will venture out to California to play the San Francisco 49ers for the second time this season. Less than two months ago, on November 24, the Pack lost to the 49ers 38-9 in their Week #12 game. To advance to the Super Bowl, Green Bay will need to do a lot of things differently this time against San Francisco.

Here’s a look at 14 stats from the first meeting between the two teams and how the Packers will need to reverse those numbers.

Keys for a Packers win?

Previous: Packers make their points
Next: Zielinski: It’ll be a different Packers team this time against 49ers