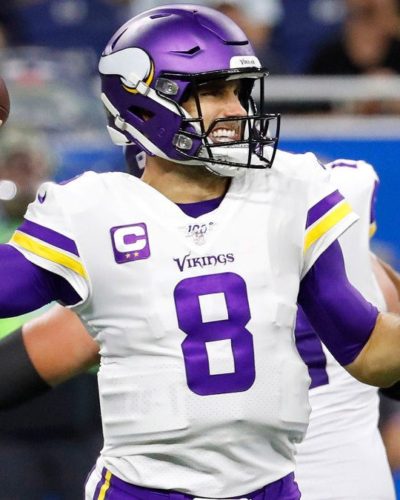 Kirk Cousins wasn’t selected to the Pro Bowl this season, but he’s certainly had a Pro Bowl type season.

Cousins’ only subpar performance this season came on Sept. 15 against the Packers in Green Bay where he went 14 of 32 with one touchdown and two interceptions.

Since then, Cousins has been consistently effective and especially productive in the last five games, of which the Vikings won four. Cousins connected on 117 of 160 passes (73 percent) for 1,264 yards. He threw nine touchdowns and was picked off only twice.

With Vikings standout running back Dalvin Cook being sidelined with a chest injury and his backup Alexander Mattison listed as questionable (ankle), Cousins will have to turn in a near-perfect for the Vikings to beat the Packers.

Previous: Packers get healthy by passing on turnovers
Next: Zielinski: Vikings will overome loss of Cook, Packers