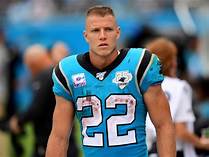 The Green Bay Packers were overwhelmed against the Los Angeles Chargers last Sunday. The Packers sit towards the top of the NFC with a 7-2 record but could easily be 5-4 this season.

The Packers’ schedule doesn’t get any easier. On Sunday, the Packers return to Lambeau Field to face the Carolina Panthers. Although the Panthers are without Cam Newton, second-year quarterback Kyle Allen has done a respectable job filling in. The Panthers’ offense ultimately runs through MVP candidate Christian McCaffrey, who leads the NFL in yards from scrimmage.

Against the Chargers, the Packers’ offense was never in rhythm, totaling just 184 yards – 45 rushing and 139 passing. The Packers’ defense also got picked apart against an offense that has struggled most of the season.

The Packers will have to focus their attention on McCaffrey on Sunday. The dynamic running back can carry the Panthers’ offense, and if the Packers slow him down, it will force Allen to make plays through the air. This is another test for the Packers’ defense that has been inconsistent at times this season.

This game will come down to who wins the turnover battle. With the Packers at home, I’m taking them in a close one.

Previous: Jerry Tapp tells us the Packers have done quite nicely in games before, and after, bye week
Next: Rodgers simply has to be on top of his game today