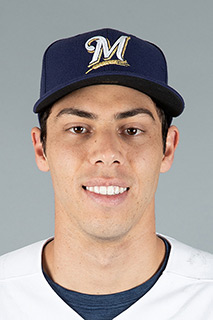 The Milwaukee Brewers 2019 season ended with their Wild Card loss to the Washington Nationals, but we’ll never know if things might have been different had Christian Yelich not missed the last 15 games of the season (and the Wild Card game) due to a fractured right knee cap he sustained in a September 10 game against the Cardinals.

Yelich ended the season with a .329 batting average and had enough plate appearances at the time of his injury to qualify for the National League batting title, his second consecutive N.L. batting crown. He also had 44 home runs and 30 stolen bases.

It will also be interesting to see how much support Yelich gets for the N.L. MVP Award: Will missing the last 15 games of the season cost him a legit shot at a repeat MVP honor? My guess is that the Dodgers’ Cody Bellinger will win the honor; he was the best player on a team that had the best record in the National League. Yelich will certainly receive a lot of support for the award and will likely finish in the Top 3.

All that being said, Yelich had a memorable 2019 campaign. Here are four stats you may not know about his 2019 season.

Acuna and Yelich became the 10th and 11th players to reach 40-30 in a season. It has been done now 13 times in baseball history with Barry Bonds and Jeff Bagwell doing it twice in their careers.

The first player with a 40-30 season? There’s another Milwaukee connection … Hank Aaron did it for the Milwaukee Braves with 44 home runs and 31 steals in 1963.

Back-to-Back Batting Titles: Yelich became the 26th player in MLB history to win back-to-back batting titles. It has now been done 12 times in the National League; the last time was Larry Walker in 1998-99. There have been 14 back-to-back batting title winners in the American League; the last time was in 2016-17 when Houston’s Jose Altuve won consecutive A.L. batting crowns.

Joey Gallo holds the MLB record for fewest RBIs in a season with 40 or more home runs; in 2017 Gallo had 41 HRs and only 80 RBIs for the Texas Rangers.

The Brewers have another member of this club… former first baseman Chris Carter had 41 home runs and 94 RBIs for the Brew Crew in 2016.

Back-to-Back seasons with a .325 batting average: Yelich became the first Brewers player in team history to hit .325 in back-to-back seasons (must have had enough plate appearances to qualify for the batting title to be on this list). He also became the third Brewers player with enough qualifying plate appearances to have two seasons with the Brewers with a .325 or higher batting average. The others: Jeff Cirillo (1996 and 1999) and Paul Molitor (1987 and 1991).

Ty Cobb and Cap Anson hold the MLB record with 19 seasons with a .325 or higher season batting average. They are followed by Tris Speaker (14 seasons), Stan Musial (13 seasons) and Ted Williams, Eddie Collins and Honus Wagner (12 seasons each).

Most of the above players ended their careers well before 1960 (Musial ended his career in 1962). There are four players who had eight or more seasons with a .325 (or higher batting average) since 1960: Wade Boggs and Rod Carew had nine seasons each, while Albert Pujols and Tony Gwynn had eight seasons each where they hit .325 or higher in a campaign.

Previous: The more yards Rodgers rushes for the less chance of the Packers winning
Next: It’s going to be a big game for Packers and an even bigger one for LaFleur