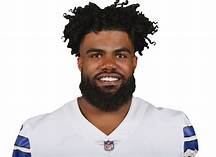 Home » Guest Post » Packers will have their hands full against Cowboys

Green Bay’s three-game winning streak ended after a seven-point loss to the Philadelphia Eagles last Thursday. The Packers had their chances in the game, including four empty possessions inside the red zone with one consisting of four incomplete passes from the Eagles’ 1-yard line.

The Packers allowed 34 points to the Eagles, which was almost as many as they allowed in the first three games combined.

Today, the Packers have another challenging test. They will be in Dallas to face the Cowboys (3-1) at 3:25 p.m. at AT&T Stadium. The Cowboys are coming off a 12-10 loss to the New Orleans Saints but have shown flashes of being a Super Bowl-caliber team this season.

The Cowboys rank third in the NFL in total yards per game, averaging the fifth-most rushing yards (145.5) and passing yards per contest (279.8). Their defense also has been one of the best, ranking seventh in total yards allowed. They are permitting less than 100 yards per game on the ground, forcing teams to throw the ball in order to extend drives.

The Packers have the ninth-best defense in terms of yards allowed per game but have been susceptible to the running game, surrendering 142.3 yards per game on the ground. That figure is one of the worst in the NFL and could be a telling sign for Sunday’s game.

The Cowboys’ offense is predicated off running back Ezekiel Elliott and their physical offensive line. Their success in the running game has allowed quarterback Dak Prescott to thrive. He has completed 72.4 percent of his passes for 1,143 yards, nine touchdowns and three interceptions this season.

Through the first four weeks of the season, the Cowboys appear to be one of the best teams in the NFC. Their balance on offense and stingy defense will cause troubles for the Packers.

Previous: It’s going to be a big game for Packers and an even bigger one for LaFleur
Next: Packers have their problems but so do the ‘Boys