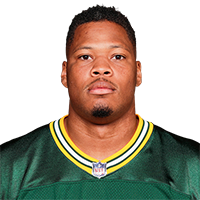 If there was ever a time for the Green Bay Packers to make a statement, it’s today.

The Packers, coming off a gut-wrenching 34-27 loss to the Eagles, will be facing the Cowboys at Jerry World in Dallas. Unfortunately for the Packers, they are banged up in a serious way.

Yet, despite their injury issues, the Packers are a mere 3.5 point underdogs –on the road. That’s because the Cowboys have some serious injury concerns themselves.

The Cowboys’ biggest loss is massive offensive left tackle Tyron Smith, who is a beast. The 6-foot-5, 325-pound Smith is a six-time Pro Bowl selection and, in football jargon, a road grader who Ezekiel Elliott loves to run behind.

With Smith out and starting right tackle La’el Collins (back) listed as questionable, the Cowboys could have problems effectively running and passing the ball. You can expect the Packers, with outside linebacker Preston Smith (sixth in the league with sacks with 4.5) leading the charge, to put the heat on Cowboys quarterback Dak Prescott early and often.

Yes, the Packers face a formidable challenge today, but if Aaron Rodgers comes close to playing like he did against the Eagles, which was insanely well, and the Packers defense plays up to its capabilities, they just might be able steal this game and go to 4-1.

Previous: Packers will have their hands full against Cowboys
Next: Even World Series winning managers don’t have job security