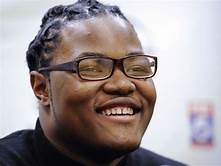 At least, that’s the perception of the Green Bay Packers’ highly touted rookie outside linebacker who was the 12th overall selection in the 2019 NFL draft. Gary recorded just one tackle and didn’t have a sack.

But anyone who thinks the 6-foot-5, 277-pound Gary is already a bust might want to reconsider. That’s the advice of a long-time NFL scouting director who spent considerable time studying Gary before the draft and who has seen the former University of Michigan standout in a couple of preseason games.

The scouting director, who was interviewed for this story last week, is thoroughly convinced Gary will make an impact for the Packers – a big impact.

What’s more, the aforementioned NFL official believes a few other players from the Packers’ 2019 draft class will be key contributors even this season. Here are his assessments on each of the Packers eight draft picks, just days before the Packers commence with their regular season on Thursday night against the Chicago Bears in Chicago:

SCOUTING DIRECTOR “I know there were some negative things said about him before the draft, but sometimes you have to consider the sources and what their motives are. I didn’t see many, if any, negatives on the guy.

“Everybody in our line of work knows you can’t single block him. He’s a big, powerful guy and highly competitive. He competes his butt off. I watched their game against the Raiders (last week) and he didn’t have any sacks but he had like three or four pressures.

“Our organization had him rated as a top 10 pick. I had him rated as the No. 5 best prospect. It’ll take him a little time to adjust to our game, but I’m telling you; he’s a heck of a player. He’s a Michael Strahan type of guy; he’s an impact guy.’’

SD: “He’s got speed, he’s got range, he’s got really good deep ball skills. He’s pretty much the prototype safety. He was clocked at 4.35 and he plays that fast, too. Just a good all-around, solid safety. That was a good pick,’’

SD: “We almost took him. We strongly considered trading into the first round to get him. He’s a guy who is good at guard and good at center. Those guys are hard to find. He’s smart, a powerful run blocker. It’s really hard to find a weakness with this guy. Man, we really liked Jenkins.’’

SD: “We loved him, too. We needed a receiving tight end. He’s a good rout runner, he’s crafty, smart, knows how to get open. And he catches everything. He’s got to be a little better blocker but, as a receiving tight end, he has all the tools. I could see him eventually being a 65-ball catcher. When he’s ready, and being with Aaron Rodgers, he’s going to catch a lot of balls.’’

SD: “He’s a pretty good player. (he then laughs). I don’t dislike any of their picks so far. … I watched Keke a lot on tape. He’s a productive, big body, power rush type guy, and he’s kind of a versatile player. He’s pretty damn tough against the run inside and he can play on the edge. Heck of pick in the fifth round.’’

SD: “I didn’t see him much in college; we have our running backs. We had him as a late-round pick.’’

SD: “I’ll tell you what: He’s a good player. I remember watching tap on him and wondering who the hell No. 44 was. He was flying by everybody. He was really productive; he had like 121 tackles in his sophomore year. That’s a lot of tackles. That’s production. But then he had some injuries. Damn, that was a good pick. He just has to stay healthy.’’

And what was the scouting director’s take on the Packers’ overall draft?

“I think there’s a lot of good players in that group. That’s two years in a row that he (Packers GM Brian Gutekunst) has had a good draft. He’s piecing together a really nice team.’’

Previous: LaFleur sets out to do what no other Packers coach has done
Next: Sikma perfectly executed Harris’ 3-point plan