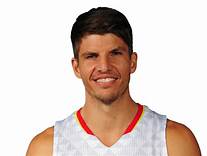 Based on the moves the Milwaukee Bucks have made this off-season, it appears that not reaching the NBA Finals last season won’t stop them from staying the course with their style of play. Anyone thinking that missing out on an NBA title would force the team to adjust their offensive strategy can forget that thought.

Although the team lost a couple of three-point weapons in Malcolm Brogdon and Tony Snell, the signing of Wes Matthews Jr. and Kyle Korver shows the team is committed to having three-point shooters in the starting line-up and coming off the bench.

Last season the Bucks set a team record with five different players making 75 or more three-pointers during the season (Brook Lopez, Khris Middleton, Eric Bledsoe, Malcolm Brodgon and Tony Snell). That broke the record of four players with 75-plus made three-pointers in a season (it happened four seasons, 2016-17, 2012-13, 2010-11 and 2002-03).

Replacing Brogdon and Snell will be the aforementioned Matthews and Korver. Here is what they bring to the team from three-point range:

One downside of the Matthews and Korver signings is that both players are in their 30s; Korver will be 38 next season and Matthews will be 33. Brogdon is still relatively young in NBA years and will be 26 when the next season begins.

Here’s another interesting stat about Matthews and Korver: Of all NBA players who have attempted 1,000 or more threes in a career, Korver ranks sixth all-time with his three-point career shooting percentage of .429. The five players ahead of Korver are Steve Kerr, Hubert Davis, Stephen Curry, Jason Kapono and Steve Novak. Matthews is in the Top 100 in this list tied for 88th. The only current Bucks player on the list is Khris Middleton who’s .388 career three-point shooting percentage is tied for 62nd on the list.

Bottom line… the Bucks have filled their roster with more three-point shooters for next season. Now imagine what will happen if Brook Lopez can teach his brother, Robin, a new Bucks signee, to step back and launch some threes.

Previous: Cubs have knack for elevating their game after All-Star break
Next: Brewers’ Hiura is something special