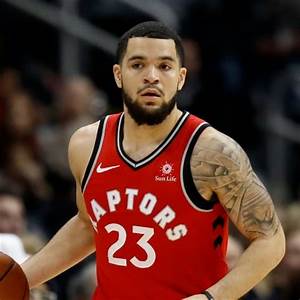 It sure doesn’t hurt to have a couple, or more, lottery picks on your NBA roster.

The Warriors, who are attempting to win their fourth NBA Championship in the last five years, have been led by their “Big Three’’ of Steph Curry, Kevin Durant and Klay Thompson.

All three of those Warriors were lottery picks: Durant was the second pick in the 2007 draft; Curry was the seventh selection in the 2009 draft and Thompson was the 11th choice in the 2011 draft.

While having high draft picks on your roster has usually been a recipe for success, there are exceptions. Just ask the Toronto Raptors, Golden State’s adversary in the ongoing Finals.

Incredibly, the Raptors advanced to the title round despite not having one lottery pick on their roster. In fact, the highest drafted player in the Raptors’ rotation is Kawhi Leonard, who was taken by Indiana with 15th overall pick in the 2011 draft.

The Raptor’s next highest draft pick in their starting lineup is Kyle Lowry, who was the 24th overall pick by Memphis in the 2006 draft. Two of the Raptors’ other starters – Danny Green and Marc Gasol – weren’t even taken in the first round. Green was the 46th pick in the 2009 draft, chosen by Cleveland, while Gasol was the 48th player in the 2007 draft, chosen by the Los Angeles Lakers.

Interestingly, the only Toronto starter who was even drafted by the Raptors was forward Pascal Siakam. He was the 27th pick in the 2016 draft.

Lastly, the unsung hero for the Raptors in the Eastern Conference Finals and Finals has been Fred VanVleet (pictured above) — who wasn’t even chosen in the 2016 draft.

Just how bad was the Bucks’ collapse against Toronto in the Eastern Conference Finals?

It was historically bad.

Then, these officials contend the Wizards will make apply a full-court press on hiring Raptors president of basketball operations Masai Ujiri.

The scuttlebutt is the Wizards will likely extend Uriji an offer that would make him one of the highest executives in the league, one that could be as long as six years and pay him roughly $11 million per year.

Sources also said the Raptors’ hierarchy is well aware of Washington’s keen interest in Ujiri and were willing to exceed any Wizards’ offer for him.

Doumbouya, a 6-foot-9 forward from Guinea, is generally regarded as a lottery selection but could see his stock rise or fall after his pro day in Dallas on Saturday. Doumbouya is a silky smooth athlete who seemingly has the potential to be a quality two-way player.

“I like him; I think he’s a top 10 prospect,’’ an NBA exec said. “He’s raw; he’s only 18. But he held his own against some good competition in France. He’s a really intriguing prospect.’’

Another player who’ll participate in the pro day in Dallas is Sandy Cohen, a 6-6 multi-positional player from UW-Green Bay. Cohen played in the Portsmouth Invitational and has intrigued pro personnel as a potential G-League player.

“There’s no way they’re keeping all of those picks,’’ an NBA exec said.

There is a strong sentiment the Hawks will retain the eighth pick and, if he’s still on the board, select Duke forward Cam Reddish. With the 10th pick, the Hawks could add Texas big man Jaxson Hayes.