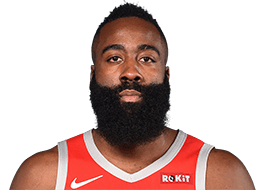 Home » Gery's Blog » Harden’s season is one for the ages

Giannis Antetokounmpo is having an amazing season.

James Harden is having a historic one.

And that’s the principal reason why Harden, the Houston Rockets’ superstar, should win the NBA’s Most Valuable Player award for the second straight season.

While Antetokounmpo, the Milwaukee Bucks’ gifted forward, has fashioned a resume that would earn him the MVP in many other seasons, Harden has recorded numbers that are mind-boggling, numbers that only the game’s legends like Wilt Chamberlain and Michael Jordan  ever attained. To wit:

Those accomplishments alone should make Harden the MVP. But for those who casually blow off those numbers and contend Harden is just a scoring machine, here are a few other facts that should further enhance Harden’s MVP case:

Earlier this season, when Chris Paul and Clint Capela were sidelined with injuries, Harden put the Rockets on his back and kept them afloat in the highly competitive Western Conference.

After Paul and Capela returned, and with Harden playing at a ridiculously high level, the Rockets soared. They are third in the Western Conference and have just three fewer wins than two-time reigning NBA champion Golden State.

And while those numbers are impressive, they could be even more impressive if his minutes hadn’t been reduced by Bucks first-year coach Mike Budenholzer. Last season, Antetokounmpo averaged 36.7 minutes. This season, he’s averaging just 32.9 minutes.

Antetokounmpo is also the best player on the team with the best record in the league, although he and the Bucks have been aided considerably by playing in the Eastern Conference where virtually half of the teams are below average to flat out bad.

It also should be noted that while Antetokonmpo has improved in some statistical categories from last season, he has slipped in several as well. He’s shooting an anemic 24 percent from 3-point range, down from 30 percent a season ago; his free throw percentage is 72, down from 76, and his turnovers are up, 3.9 a game this season compared to 3.0 last season.

Yet, nobody questions whether Antetokounmpo is a certifiable MP candidate. He and Harden are clearly in a two-player race for the coveted award.

“It’s either Giannis or Harden,’’ said a longtime NBA scout, who has seen both players perform up close on numerous occasions this season. “I hate Harden’s game; I just hate it. But, as much as I don’t want to say this, Harden deserves to be MVP again. He’s just had one hell of a season.’’

Here are my top three choices for each of the NBA’s 2018-19 regular-season awards:

DEFENSIVE PLAYER OF THE YEAR

1) Rudy Gobert, Utah. He’s the only player to rank in the top four in rebounding (fourth) and blocked shots (fifth) and one can safely assume in alters.

3) Andre Drummond, Detroit. The guy is a beast on the boards as his 15.4 rebounds a game average attests. That’s nearly two more rebounds per game than the runnerup in that category, Joel Embiid.

ROOKIE OF THE YEAR

COACH OF THE YEAR

EXECUTIVE OF THE YEAR

Previous: TODAY’S SPORTSTAT: Yount, by far, started more Opening Days than any other Brewer
Next: UW-Green Bay’s Cohen will get opportunity to showcase skills before NBA officials