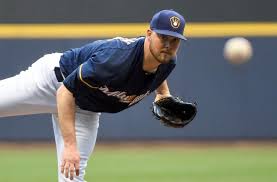 Houston Astros’ second baseman Jose Altuve collected his 200th hit of the 2017 campaign last night in Houston’s 12-2 win over Texas. It is the fourth consecutive season that Altuve had 200 hits in a season.

Altuve’s became the 36th player in MLB history to have four or more seasons with 200 or more hits in a career. Ichiro Suzuki and Pete Rose top the list, each with 10 200-hit seasons. Ty Cobb had nine.

Since 2000, Altuve’s four 200-hit seasons ranks in a tie for fourth. Suzuki has 10 200-hit seasons this century while Michael Young and Derek Jeter are tied for second with six each. Altuve and Juan Pierre each have four.

Previous: Look for the Packers to ‘clock’ Bears
Next: PackersStats – Week 4